Direct flights from Boston to London’s Heathrow take about 6 hours (or 5 1/2 on a good jetstream day) and leave mostly in the evening. Which means you arrive in the world’s worst airport at 3 am your time, and basically make a mess of the whole thing. Wait, that’s just me on the mess part. I am not wasting precious blog space to complain about Heathrow but I swear you walk 10 miles, go up four miles of escalators, down two more, miss the little terminal trains twice because they are so crowded and NO ONE IS MOVING for you until you simply become the ugly American you are believed to be and barrel in. Then you arrive at an unexpected terminal and have to train over to the other one which is where your taxi is supposed to be waiting, only he is not because he knew you chose the wrong terminal. So he is in Terminal 3 and you are in 5 and you just want to go to sleep.

Bottom line on ground transport: I will never ever ever take minicab again–take the London Express train and call it a day. Heathrow to Paddington in 15 minutes. Our bad-humored taxi driver took an hour of sullen righteousnous to get us there.  While uber works just fine as well (we took uber back to the airport), the London snarly traffic is just not worth it. 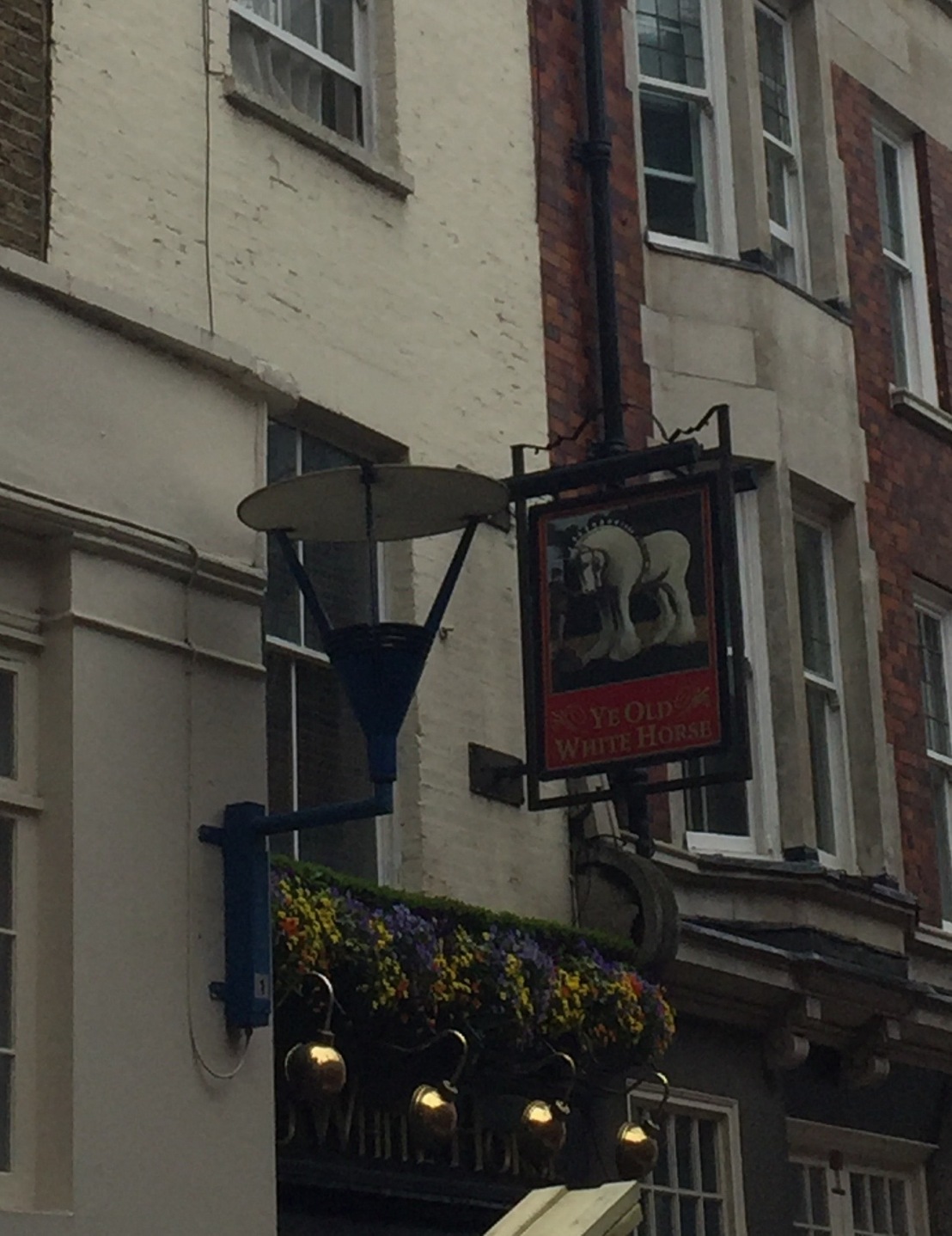 For London is big. No, enormous. Having lived in the third largest city in the world and never feeling so overwhelmed by population, I say someone is doing the numbers wrong. There are lots and lots and lots of Londoners. None of them know what color is. Grey London. Grey people. If I lived there, I would wear red and yellow and teal and fuschia every single day. If you’re British, apparently you wish to blend in with the grey sky, grey buildings, grey Thames River and grey. Oh, get crazy: put on some eggplant–your friends will stare, but you’ll make a great entrance! Maybe that’s what makes their flowers look so vibrant: everything else is blah.

I admit I napped a bit on the way to our VRBO flat rental. Yes, after lecturing my kids about trying to stay awake as late as possible…zzzzzzz….I will say that I do not believe London to be interesting by car. Take the tube as much as possible. You shall not regret it. Or by red bus…sitting up on the second level still brings a thrill to more folks than just my 11-year olds. Mostly just take Bus 11…that’s your legs…which is what we did all day long.

At around 10 am, after dropping our stuff at the flat, we were ready to go. Mission: Walk  Off the Jet Lag had begun. We were in the Clerkenwell neighborhood (apparently pronounced “Clarkenwell” I learned only after leaving), and we were going to walk from Herbal Hill (our address) to Kensington Palace, seeing as many sights on the way as we could. If you would walk that in a straight line, it would be 4 miles (and yes, the Brits are with us on our stubborn reluctance to give up pounds and miles), but we took a circuitous route that must have been closer to six. Full credit to my kids: they were walking champions.

The most wonderful part about walking is running into stuff that features little or not in all in your guidebook. We wandered down a small alley called Leather Lane, which was setting up for a lunchtime farm and prepared food market. The variety of foods…well, at 10 am they were not yet open, but Nico skipped from stand to stand talking about asian foods, Brazilian, Greek. Unfortunately we never did get there during open time–we were always off sightseeing–but I was completely impressed.

Instead we stopped into the Oasis, a Turkish cafe at 27 Leather Lane, drawn in by the aproned woman in the picture window making some kind of pastry with cheese and spinach filling. That was a “gozleme“, what I am going to get roundly criticized as calling a Turkish Tortilla. 🙂 I had a wonderful flaky croissant, one of my sons got a chocolate one. And a big.lovely.coffee for this jetlagged human. Inexpensive and friendly.

So, London. I haven’t been in a long long time. Seven years? There are a LOT of people in London. I think I’ve said that. If you’ve got to have LOTS of people, they should all be Brits. What a polite lot they all are. If they accidentally run into you, they say “sorry.” If your kids run full on into them, they say “sorry”.  They have to pass you on the sidewalk because you are gawking at one of the million small moments and places that to them are background…so they say “sorry.” Lovely habit. And yes, they do love a “lovely.” The food is lovely. So are your kids (even though you know they are exaggerating there).

We walked our way all the way down to the Embankment, alongside the Thames River. Or River Thames depending on your level of posh. Tucked into various corners were lovely gardens, just starting to show their springtime color. In general, the level of Brit gardening is so far superior to ours, it is embarassing. Let’s not compete. Let’s just pack the plans in our bags and head home.

Finally we walked our way into Trafalgar Square. I do love Trafalgar Square in spite of its crazy lot of tourists and way too much concrete. The whole place is to commemorate a Napoleanic War victory off the coast of Spain (this will become important at lunch time where we declared victory over tapas) and Admiral Nelson got himself a big old column. With four lions which of course we had to tourist up.

And does anyone know what a plinth is? Yeah, mom and auntie K, I know you do, but I didn’t. There are four of them on the square, three of them with permanent sculptures, but the fourth has visitors. This one just arrived:

Made of date syrup cans, this commemorates an archeological treasure destroyed by man 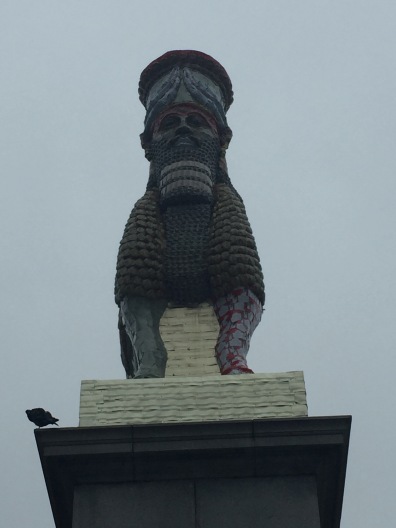 All this talk of Spaniards made us think of lunch. I tempted the kids onwards through St James Park by promising lunch, which BH found us in a small Spanish restaurant in Mayfair called El Pirata (https://www.elpirata.co.uk/). Yum, wine. Yum, tapas. And yay for taking a break.

Exhausted from our trip yet? Me too. So I think I’ll pause here and we’ll rejoin our happy crew for the second half of their day. Yes, we are just beginning.

This is a blog about my personal experiences and adventures from my home in metro Boston. Some are small adventures down the street; some are big adventures in other countries: they have all added value (and humor!) to my life.